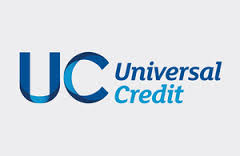 Journalists who are trying to find out the current state of the Universal Credit programme will get little help from the Department for Work and Pensions unless its press officers sense that the eventual outcome will be positive.

Sometimes journalists call me as part of their research. They want to know whether UC will end up as another government IT disaster. I had such a call yesterday.

The conversation focused on IT. But it’s a maxim in the industry that major change programmes in the public sector usually fail or are delayed for managerial rather than technical reasons.

The introduction of a new passport system failed when a better, more secure system slowed down the issuing of new passport applications.

Instead of halting the roll-out to see how to speed up the issuing of passports – by changing procedures or spending more on staff and equipment – the Home Office continued the rollout and chaos ensured. That wasn’t the fault of the IT.

It may be a similar story with Universal Credit. Even if the IT as far as it goes works well, claims handling is a laborious process,  The main systems do not handle calculations of gross income, net income or back-office integration, all of which are managed manually.

Chaos is unlikely because the rollout is going so slowly.  But the amount of manual intervention required means the slow rollout is enforced rather than merely voluntary.

The programme is also running into non-IT difficulties such as delays in issuing first-time payments to claimants because of a variety of reasons around the complexity of new procedures, and tenants unable to pay rent because the money hasn’t gone directly to landlords.

If UC goes nationwide, as Iain Duncan Smith says it will next year, it will still be able to handle only limited numbers of claimants, in the tens of thousands, not hundreds of thousands and certainly not millions.

This article is a reminder that Universal Credit faces problems that go beyond the IT. A North West housing association said a survey of its tenants had exposed flaws in the universal credit system, with some claimants turning to pay day lenders to get by.

After taking part in a pilot in 2013 of the roll out of UC, First Choice Homes Oldham found that their tenants had suffered “multiple frustrations and complications with the system”. Data collected this summer from 40% of the housing association’s tenants on UC found that:

• 55% found the period between making their UC claim and receiving their first payment very difficult. 44% managed financially by borrowing and 18% had taken out a pay day loan.

• 74% had not been offered personal budgeting support by the Department for Work and Pensions. However, 57% of the tenants that were offered this service took up the offer.

• 37% did not receive their payment on the same day each month, making budgeting even more difficult.

• 59% of tenants had not found work since claiming UC.

When asked by FCHO to name the first three bills that would be paid once they were in receipt of UC, 19% of tenants did not name rent as a priority bill.

So will UC succeed?

It’s laudable that the coalition is trying to simplify the benefits system. No pain no gain. But it’s not doing it openly. IDS pretends all is well when clearly it isn’t.

This means that UC becomes an impossible project to manage well. No programme leader can take big problems to IDS because big problems are not supposed to exist. UC desperately needs a new political leader who has no emotional equity in its success.

It’s right (and largely involuntary) that the DWP is going slowly in rolling out UC. This way chaos is avoided.

But to handle millions of claims, the processing of UC transactions and payments needs to be a fully automated process. The DWP is working on that – what Iain Duncan Smith calls an “enhanced digital service”.  Nobody seems to know much about it. IDS says it is going to be tested later this year.

Now into its fourth year of implementation, UC is still mired in uncertainty, despite IDS’s self-confident remarks at the Tory conference.

The facts are likely to emerge when the National Audit Office publishes its updated report which is expected before the end of this year. The DWP may already have drafted its press release saying the NAO report is outdated, which is part of the problem with UC and other big government IT-based programmes: they are more governed by politics than pragmatism.